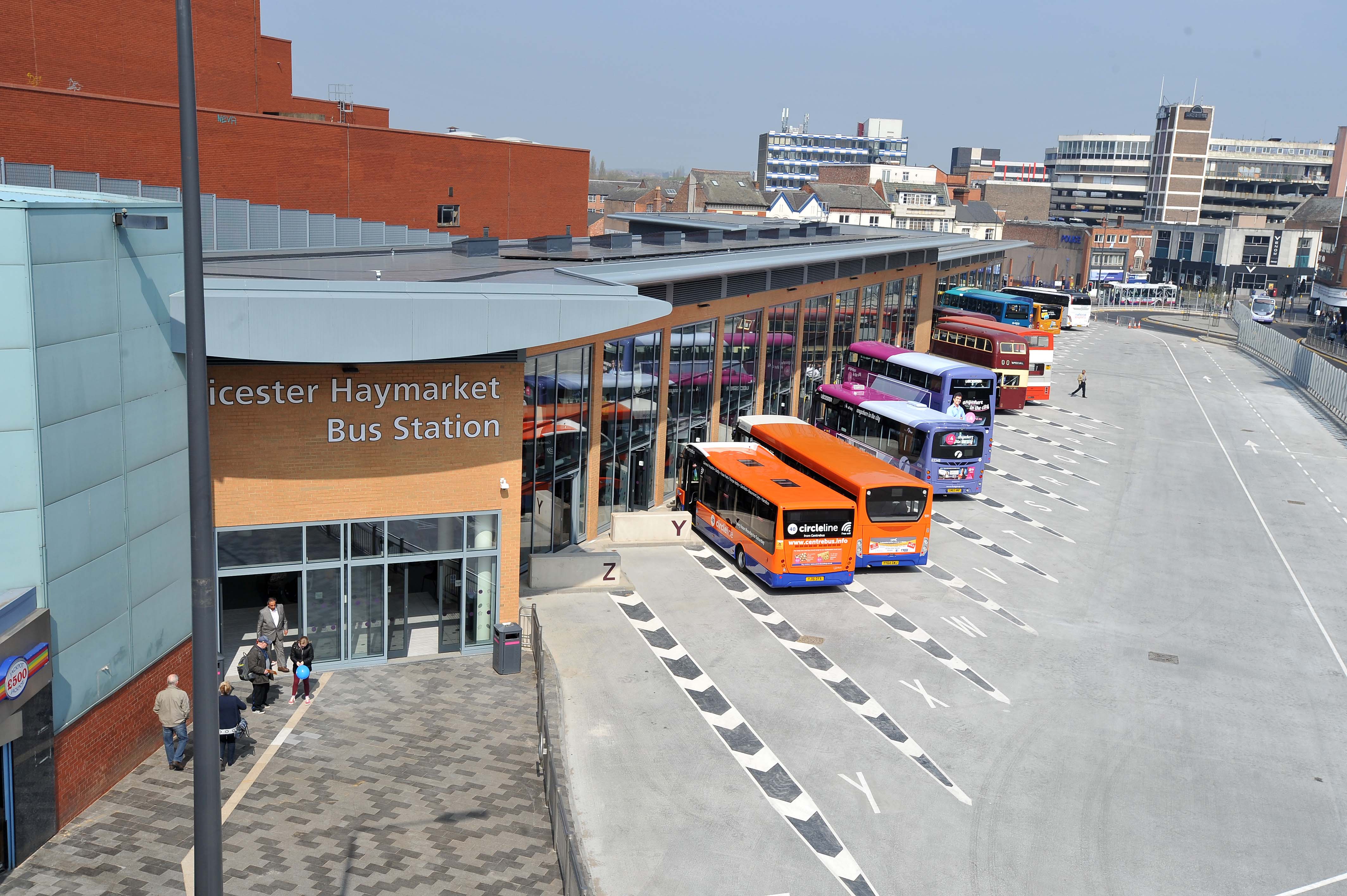 After securing £13.5million of investment, the Haymarket Bus Station was successfully built and has been in operation since May 2016. This scheme was a key part of the Connecting Leicester vision to reconnect the city and one of the first major projects to be delivered.

We were also successful in gaining £3.5 million from the Department for Transport’s Local Pinch Point Fund, which recognises the impact the scheme will have on reducing congestion.

The internal features of the bus station have been refreshed to make it even more welcoming. Six giant panels have been installed to highlight the history of the area around the bus station and to make the waiting area more attractive for bus passengers. The panels feature historic photographs of Leicester landmarks and focus on High Street, Leicester Market, Leicester train station, the Clock Tower, Town Hall Square and the Haymarket Centre.

Find out more about the Haymarket Bus Station.

The public toilet facilities within the Haymarket Bus Station are currently being upgraded to handle demand. The redeveloped facilities will double the existing size and include two disabled toilets as well as dedicated driver toilets.