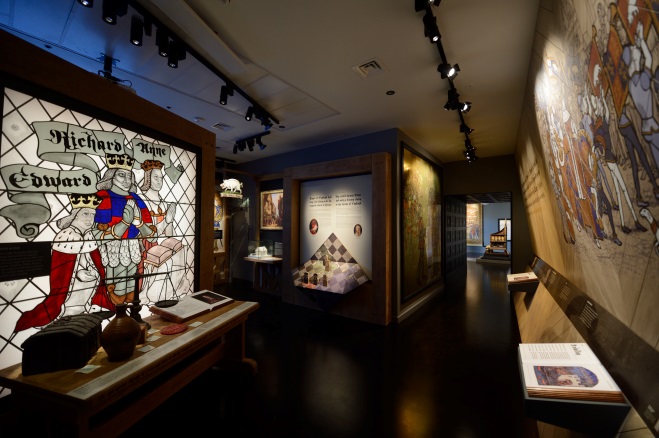 The discovery of King Richard III’s remains in the Grey Friars car park in 2012 drew both national and international, high profile media coverage.

We acquired the former Victorian school building adjacent to the grave for the visitor centre. In July 2013, just 10 months after the discovery, work commenced to convert the building to a world-class visitor centre incorporating the grave area as originally excavated by archaeologists. Its frontage has been designed as integral to the Cathedral Gardens scheme. To complete the area, the statue of King Richard III was relocated from Castle Gardens to Cathedral Gardens.

The development of the visitor centre within a new build extension to a historic building created 14 new jobs within the city and the use of local suppliers to source materials was beneficial to the local economy. The centre opened to the public in July 2014 and has, to date, had over 300,000 visitors and a positive impact on the tourism in the city.

At the heart of this project is the historic significance of this site and the need to tell its story. It was delivered through careful design, and, with the involvement of conservation experts, the sensitive conversion of a vacant heritage building within the conservation area brought the building back into economic use, demonstrating our commitment to the heritage assets of the city, and providing an example for others to follow.

The delivery of the project and the quality of the finished product has been recognised by both the construction and tourism industries with multiple awards given by, among others, RIBA, RICS, VisitEngland, and TripAdvisor, as well as a Sandford Award for the education programme.

The site has since been designated as a scheduled ancient monument.