Needs of children and young people in Leicester for current and potential providers of services.

The chart below shows the number of children and young people in each age group: 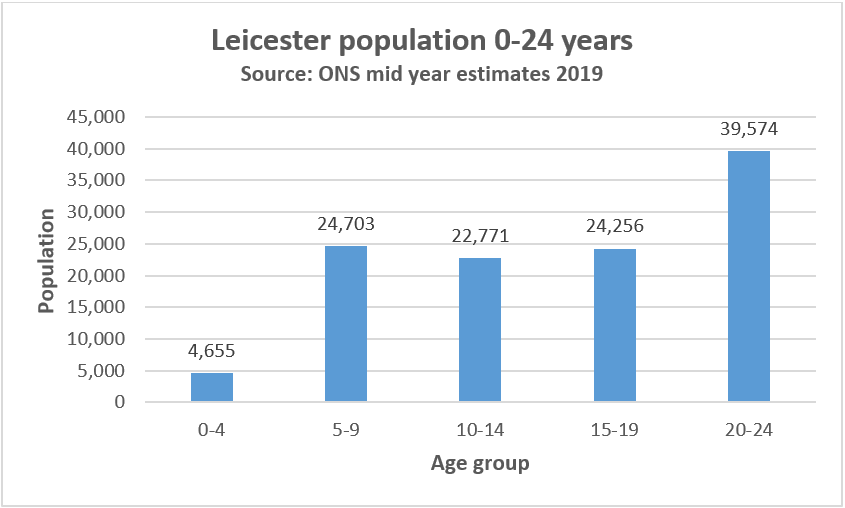 Leicester has a much higher level of ethnic diversity amongst its children and young people than most other council areas.

The Index of Deprivation (IoD) 2019 showed that Leicester is ranked as the 32nd most deprived out of 151 local authority areas in England.

We are responsible for ensuring that everyone is in receipt of education and for collecting results from at certain points in a young person’s education.  This totals approximately 83,000 people aged between 0-19.

We are also responsible for protecting and promoting the welfare of children in need in the city. The latest snapshot in 2020 shows that there were: